Great Awakening Team August 24, 2020
We need your help to bypass censorship! Please share with your family, friends, and followers. 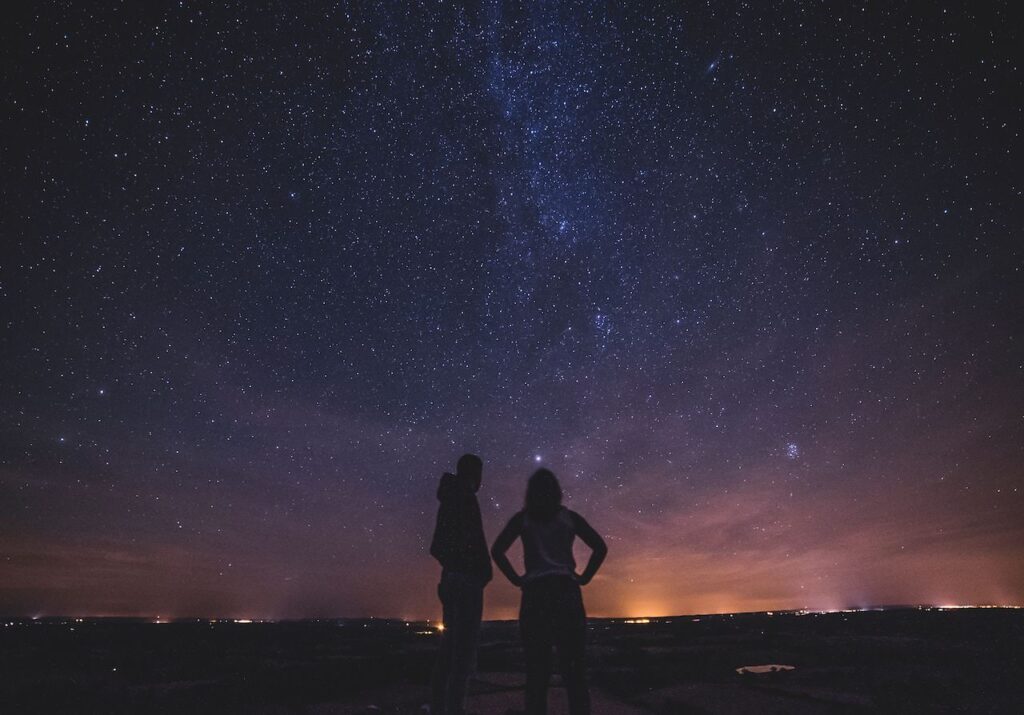 Removing Fear And The Divide / Next 12 Weeks

Once we’ve identified the old narrative in the process of rapidly being dis-assembled, we get to choose our individual perspectives which are a drop in the bucket of the collective narrative, also known as a paradigm shift. Here are 5 steps to facilitate that process.  Remember, “Hold the higher states as often as you can.”  Don’t expect to be perfect. You were created perfectly imperfect. Go with it.

The increase of light that is moving in our bodies is shifting and transforming us very quickly.  In every “now” moment, we are experiencing different thoughts, beliefs, behaviors, programs, limiting beliefs, everything that we experience in this third-dimensional reality.  When we are experiencing these emotions/beliefs/behaviors, we start to become aware of them; and if they do not feel right to you, that is because your body is telling you to alchemize it.  Surrender.  Do not try to control it. Allow yourself to see it, feel it, and choose different behavior.  Start to trust yourself and become the observer of your thoughts, without judgment.

There are two states of consciousness that will get louder and louder within the next couple of weeks.  One of them is fear, which has controlled the human collective for thousands of years.  We are bravely stating to begin to alchemize it.   When we experience fear, we feel controlled, silenced, we can’t think or speak, as if we don’t have a choice.  The other consciousness is a divide which feels like anger, rage, separation, and defensiveness.  Fear and divide are of lower frequencies.

We need to alchemize them by stepping out of these lower consciousnesses and into altered higher states of consciousness which feels different, such as feeling safe, feeling like you have choices, feeling that you are not separate from others, and feeling empathy and compassion.

Alchemizing and Ascension is a long process but these are massive shifts in consciousness that happen quickly.  Pay attention to what fear and divide feel like.  These lower consciousnesses will become louder and louder, and they will try to pull you into the fear and divide.

5 Steps to assist you in navigating through this:

1.  Remember that these are states of consciousnesses that are alchemizing.

4.  Ask yourself, do I want to believe the narrative? Does this narrative feel good, and is there another belief or narrative that I can choose?

5.  Hold more love for yourself and others by becoming more empathetic and understanding.  Allow, trust, and accept by having compassion for everyone on Earth.

This is not about being right or wrong; it’s about consciousness, ASCENSION.  Have compassion, love, and empathy for yourself and others. 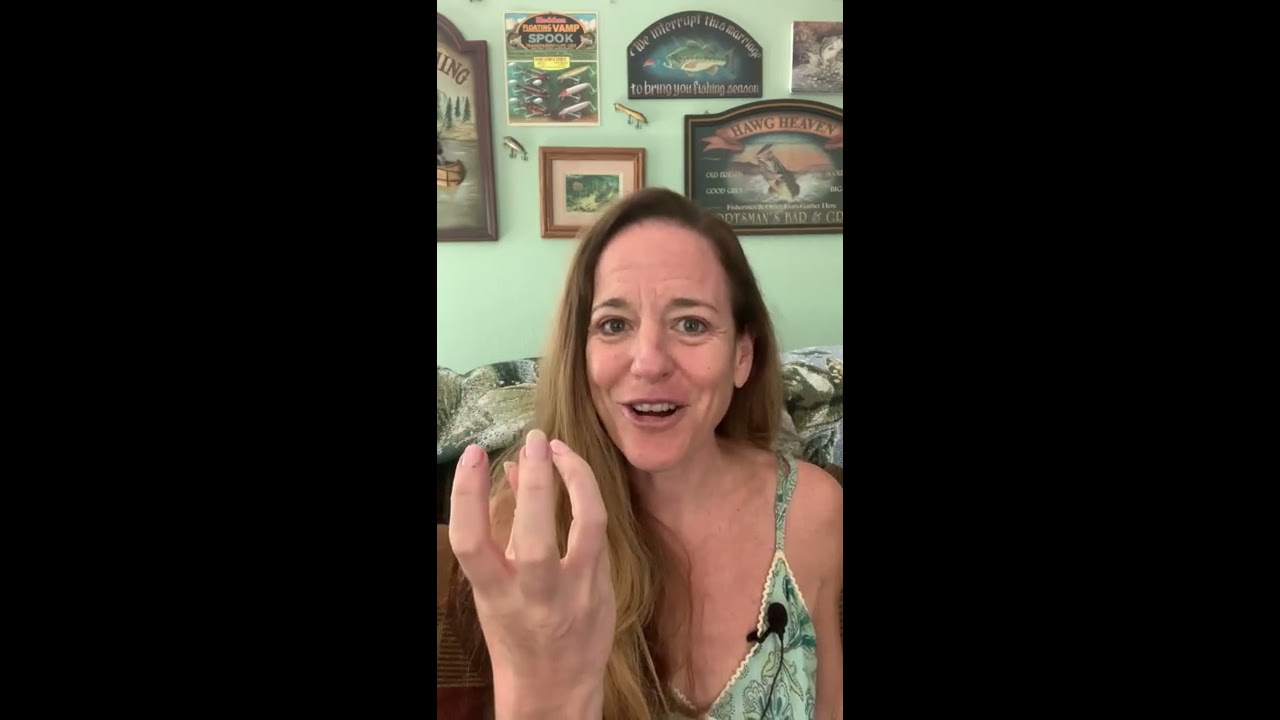 The Next 12 Weeks | And 5 Tips to Assist You
Looking for more support & Connection? Join our ONLINE COMMUNITY: THE STARGATE CIRCLE https://www.patreon.com/lorieladd Meditation to connect with your Star ... 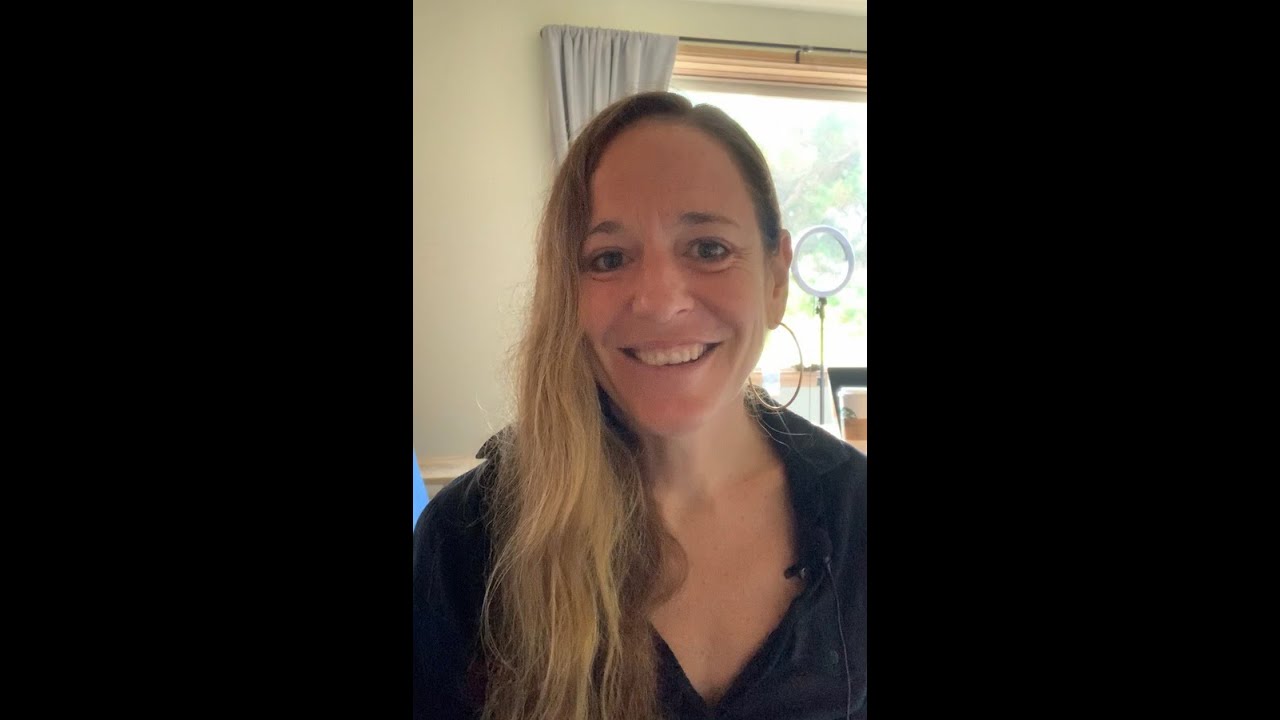 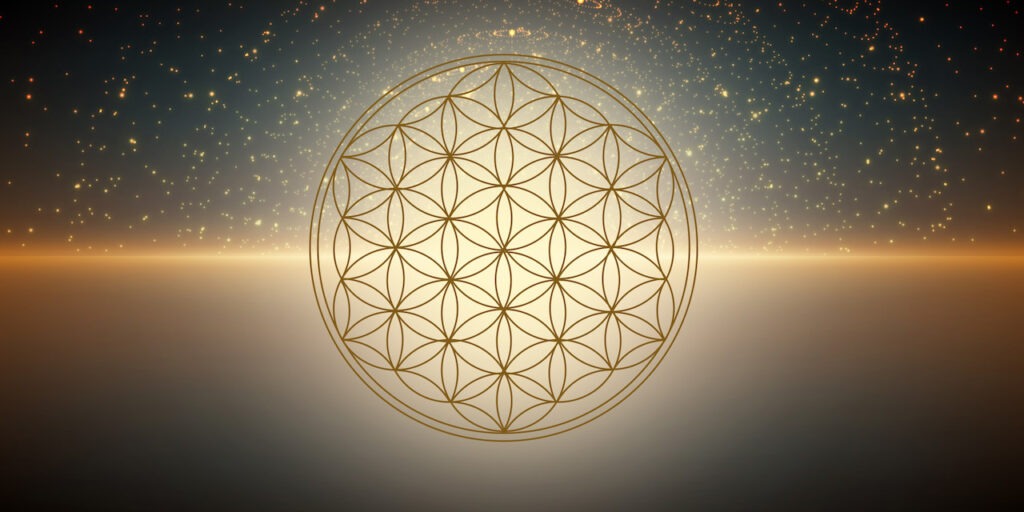 The Flower of Life Meditations

Decisive moments will determine how the battle between the positive and negative timelines will play out.

The universe beyond our solar system is already experiencing vast restructuring as it enters the new cosmic cycle in which all creation will become aligned with the One.

Meanwhile, our solar system, and especially planet Earth, is experiencing the final purification. Now all focus is on Earth which is experiencing a strong planetary initiation during 2020:

Dark forces are trying to misuse the energy of this planetary initiation by subjecting humanity to Corona occult ritual:

You can counteract the effects of this Corona ritual by reframing it. You can reframe isolation/ social distancing into meditative retreat; you can reframe hand washing into spiritual purification; and you can reframe mask-wearing into occult silence which is always needed before the initiation.

By doing so you can shift the energies of the negative Corona ritual into positive energies of spiritual initiation/breakthrough.

The planets in our solar system are orbiting the Sun and are creating interference patterns in the plasma field that significantly influences situations on this planet:

The next two weeks will include decisive moments which will determine to a great degree how the battle between the positive and negative timelines will play out.

Although the positive end result is secured, the way to there is not, and the Light Forces are asking everybody to do the Flower of Life meditation as often as they feel guided, in the next two weeks especially:

The Light Forces are also asking people to visualize the Flower of Life grid encompassing the planet to help harmonize the situation:

There will be two key moments where more massive participation in the Flower of Life meditation would be advised.

The first one is the moment of Mars Saturn square which occurs on Monday, August 24th at  6:19 pm GMT. Flower of Life meditation at that moment will help dissipating the violent energy in the planetary energy field which will reach its peak at that moment.

The second one is the moment of heliocentric Eris Pluto square which happens on Monday, August 31st at noon GMT. Flower of Life meditation at that moment will help supporting the Light Force fleets which will be involved in critical operations in the Solar system and in sublunar space at that time.
Victory of the Light! 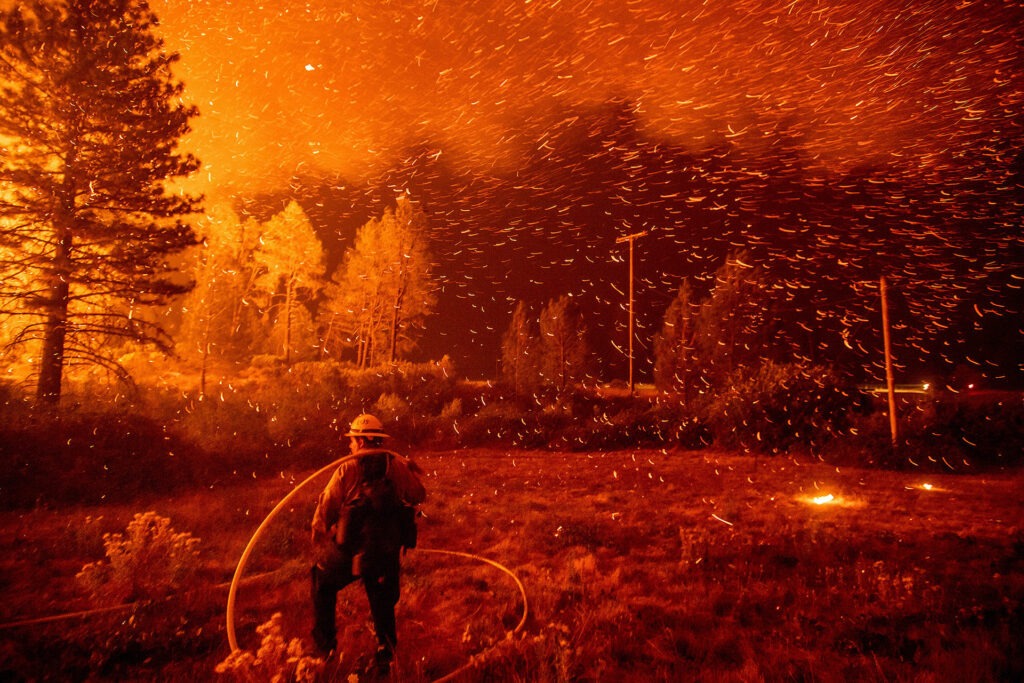 California Wildfires Some of the Largest in State History

By OLGA R. RODRIGUEZ and JANIE HAR
1 of 24
Interactive Fire Map
Pam, who declined to give a last name, examines the remains of her partner’s Vacaville, Calif., home on Friday, Aug. 21, 2020. The residence burned as the LNU Lightning Complex fires ripped through the area Tuesday night. (AP Photo/Noah Berger)

SAN FRANCISCO (AP) — Lightning-sparked wildfires in Northern California exploded in size Friday to become some of the largest in state history, forcing thousands to flee and destroying hundreds of homes and other structures as reinforcements began arriving to help weary firefighters.

At least 100,000 people are under evacuation orders. 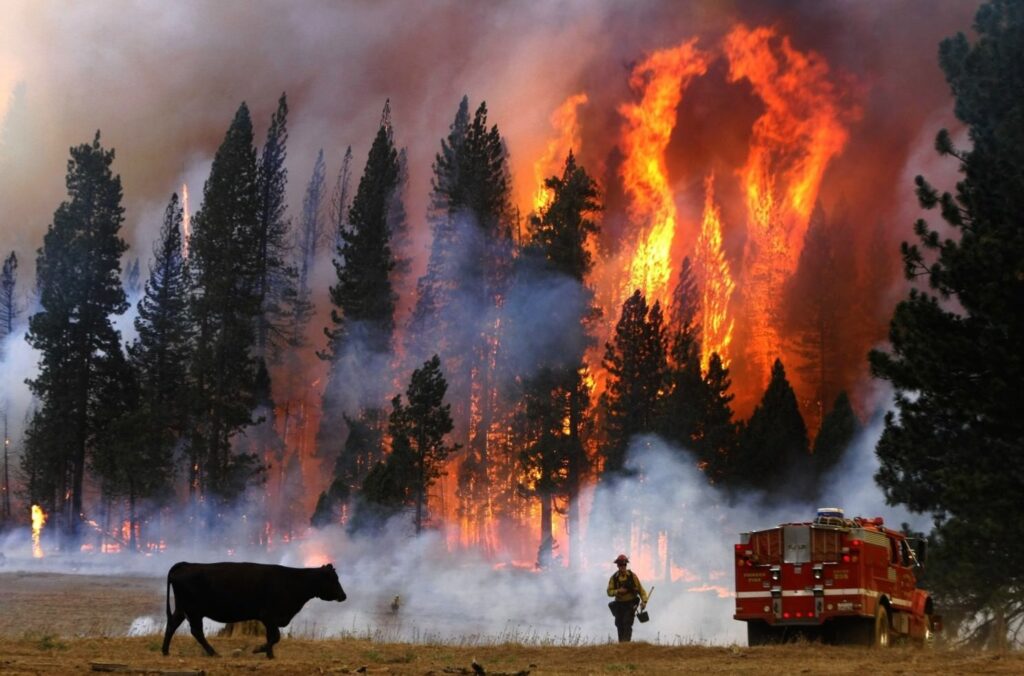 The number of personnel assigned to the sprawling LNU Complex — a cluster of blazes burning in the heart of wine country north of San Francisco — doubled to more than 1,000 firefighters Friday, Cal Fire Division Chief Ben Nicholls said.

“I’m happy to say there are resources all around the fire today. We have engines on all four sides of it working hand-in-hand with the bulldozers to start containing this fire, putting it to bed,” Nicholls aid.

Fire crews with help from “copious amounts of fixed-wing aircraft” were working Friday to stop a large blaze from reaching communities in the West Dry Creek Valley of Sonoma County, he said.

The blazes, coming during a heat wave that has seen temperatures top 100 degrees, are taxing the state’s firefighting capacity but assistance from throughout the country was beginning to arrive, with 10 states sending fire crews, engines and aircraft to help, Gov. Gavin Newsom said.

“We have more people but it’s not enough. We have more air support but it’s still not enough and that’s why we need support from our federal partners,” Newsom said.

Newsom thanked President Donald Trump’s administration for its help a day after pushing back on Trump’s criticism of the state’s wildfire prevention work, saying that he has a “strong personal relationship with the president.”

“While he may make statements publicly, the working relationship privately has been a very effective one,” Newsom said. 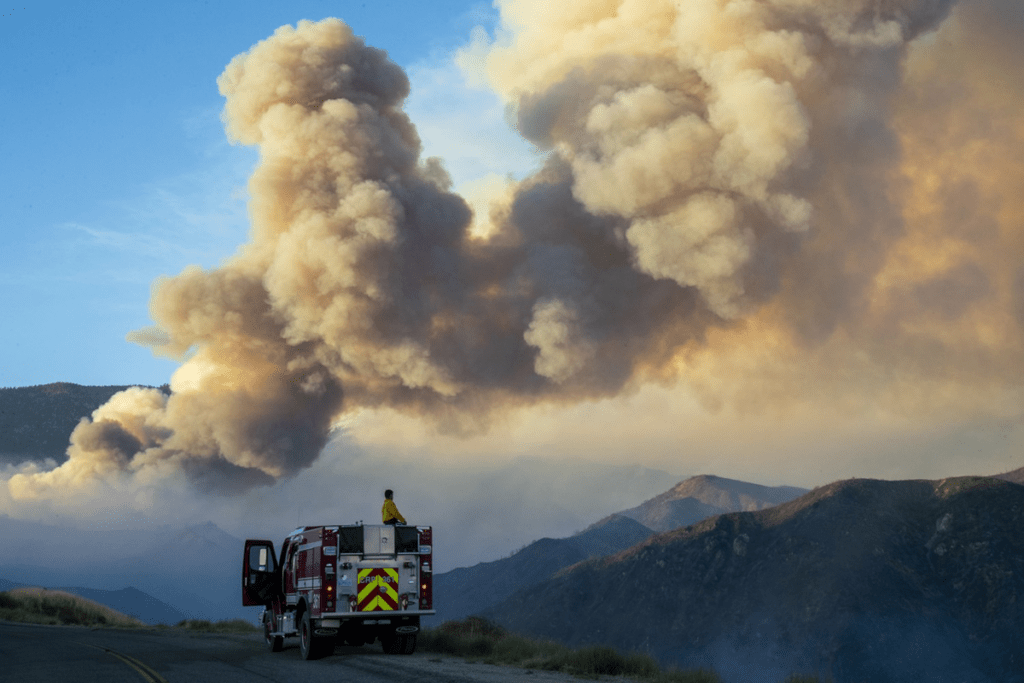 There are 560 fires burning in the state, many small and remote but there are about two dozen major fires, mainly in Northern California. Many blazes were sparked by thousands of lightning strikes earlier in the week.

Tens of thousands of homes were threatened by flames that drove through dense and bone-dry trees and brush. Some fires doubled in size within 24 hours, fire officials said.

“We had last night three separate rescues that pulled our vital, very few resources away,” he said.

An anxious Rachel Stratman, 35, and her husband, Quentin Lareau, 40, waited for word Friday about their home in the Forest Springs community of Boulder Creek, in Santa Cruz County, after evacuating earlier this week. She knew one house burned but received conflicting information about the rest of the neighborhood.

This Week’s Global News At a Glance

Previous The Spiritual Tools Of A Truth Seeker

WEEKLY REPORT: Truth About Jan. 6th /// This is Treason /// New Phase of Awakening

WEEKLY REPORT: The Apocalypse /// The Event /// A Reason For Everything