Great Awakening Team February 18, 2019
We need your help to bypass censorship! Please share with your family, friends, and followers.

Federal Emergency Management Agency Administrator Brock Long was fired and Attorney General William Barr was sworn in before Trump declared the national emergency, in order to make mass arrests possible and to prepare for FISA declassification and “intel dumps,” our sources say.  Brock Long was behind the fake hurricane crisis that was used to cover up the bankruptcy of the Puerto Rico operations of the Washington, D.C. Corporation.

Many of the future “intel dumps” will be about the politicians and power brokers who are receiving huge bribes from the illegal drug, illegal immigration, and human trafficking industry.  Already, the drug lord El Chapo testified at his tribunal/sentencing hearing that HRC, 2 US Senators, a leading Congressman, and others received drug money from him.

Q is back and posting at a higher rate than normal, giving us all kinds of insight into the greatest military operation in U.S. history.  Q leaves bread crumbs and gives enough information for anons to go dig on their own and post back to Q on 8chan.

The Jussie Smollett story is about race prompting a politicly fueled roller coaster ride for the MSM.  The initial story claims “two unidentified suspects approached him yelling homophobic and racist slurs.  The suspects physically assaulted Smollett, poured an unknown chemical substance on him, and wrapped a rope around his neck before departing the scene.”  The story claims that the two attackers were white men wearing MAGA hats and shouting racial and homophobic slurs.  The reaction to this story from celebrities and politicians was immediate as in staged.  Here’s a video that was released shortly after Jussie’s alleged attack.  Kamala Harris and Corey Booker are not taking back the statements they made about the incident.

Now, we’re learning the true facts that Jussie knew his attackers who were two brothers he worked with on the set of Empire.  After Chicago police interviewed the two brothers for 2 days they discovered the attack was staged and even Q is reporting all evidence leading to a false flag.  The Deep State plans for a second US Civil War by creating a more racially and politically divided country.

Andrew McCabe was on 60 minutes Sunday night and admitted that Rod Rosenstein was serious about wearing a wire to invoke the 25th Amendment to impeach the President.  McCabe also claims that Trump failed to listen to his own country’s intelligence in favor of Vladimir Putin’s word.  The AIG has referred McCabe to be charged with several counts of lying under oath.  The long battle between Andrew McCabe, James Comey, and President Trump. is coming to a head with William Barr now installed as the US Attorney General.

Although there are claims of public appearances, RBG has still not given any legitimate sign of life in weeks.  Q is reminding us about her and her beliefs.  Multiple sources confirm, the truth will be revealed by March 15th, 2019.

The Yellow Vests have concluded their 14th weekend of protests across France and show no signs of slowing down.  The video embedded below sums it up pretty well.  Here’s a clip of a French medic who takes a blow to the head from a police baton.

In Hot Topics we have more on the Yellow Vests, the court of appeals ruling in favor of the wall, a PDF on our prison planet, the persecution of meditation in China, journalists chosen to report on tribunals at Gitmo, more on the evils of John of God, Russia’s experiment to disconnect from the internet, the death of Opportunity Rover, and Facebook banning more pages linked to Alex Jones.

In Geopolitical, we highlight the Rothchilds and how much of the global economy they control, America’s debt problems, and warnings about the stock market and recession.

In Global Weather, we’re keeping an eye on the magnetic declination vs geographical north and a report on the impending eruption of Yellowstone.

In Health Watch we’re looking at the benefits of turmeric and honey, how to detox glyphosate, dangers of vaccines, and the push for LSD legalization in the UK.

In True History, we learn of 1000 scientists disagreeing with Darwin, a mind control story from the 80’s, and Norwegian guards in WWII who were more violent than the Nazis.

In Hidden Truths, we examine how Saturn’s moon could have been artificially made, exposing solar warden, and the car that runs on salt water.

For The Event, we look further into the importance of self-work in preparation for the shift, the Schumann resonance, ascension and consciousness.

In Spirituality, we explore ten profound realizations that arise with higher consciousness, how to program your mind while you sleep and the Tao of inner peace.

In Path of Awakening, we find more inspiration through Jared Rand’s meditations.  Our continued collective participation in mass meditation is reaching the critical phase in our struggle to free/heal/restore the planet.

We have new arrivals in our shop, please drop on in and browse around.  Members of the GAR team will be at Conscious Life Expo February 22nd-25th at the Los Angeles Airport Hilton, please find our table on the upper mezzanine, say hello, and pick up a hat and poster.  Thank you to our readers and subscribers for your continued support!

Believe in yourself. You are braver than you think, more talented than you know, and capable of more than you imagine. ― Roy T. Bennett

‘Yellow Vest’ Protest Intensifies as it Enters 13th Week
A protester lost four fingers, an anti-terrorism unit vehicle was set on fire and some 40 people were arrested in France over the weekend as

Trump’s Wall Wins in Court!
The Trump administration scored another victory in the fight for secure borders when the 9th Circuit Court of Appeals ruled in their favor.

Mueller’s Conflict of Interest with Hillary Bigger than We Knew!!
Best way to understand this post is to listen to Michael McKibben and Douglas Gabriel tell you what they found in the mines. Then all the evidence we have for you below video will make sense. Be a… 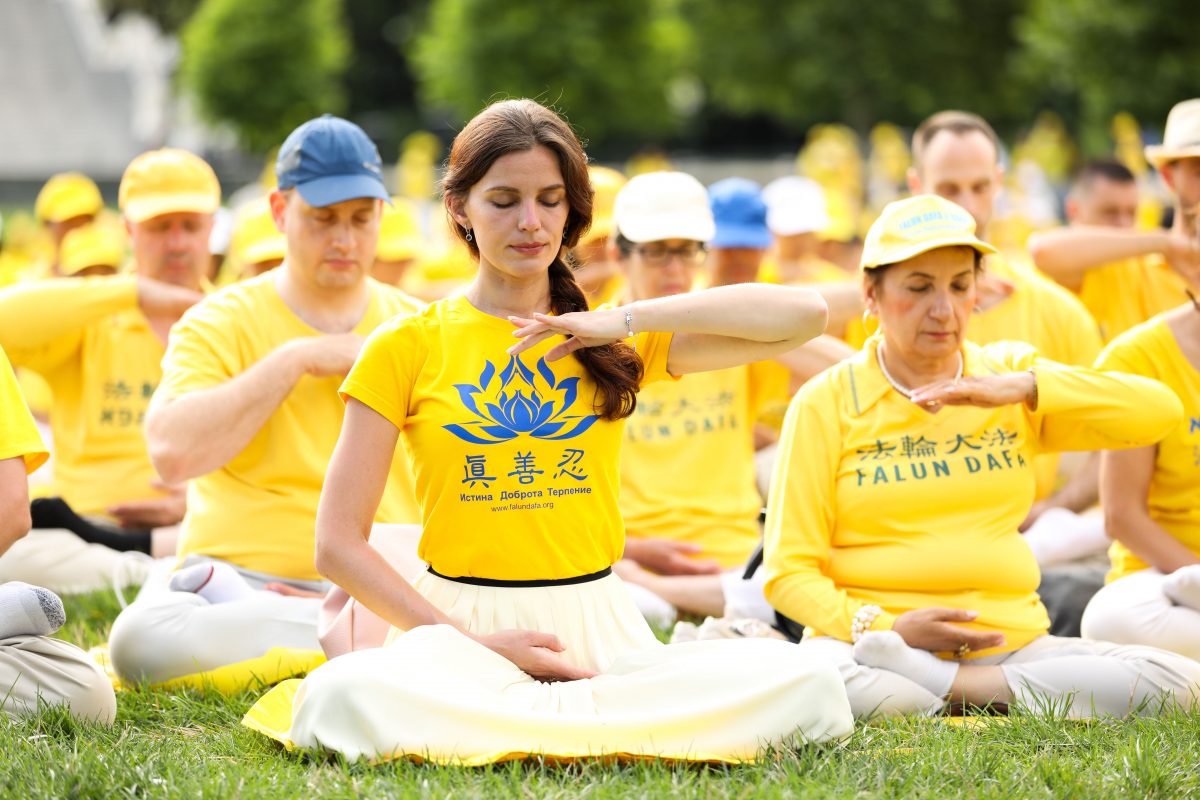 Persecution of Meditation Practice in China Continues Unabated, With Over 900 Practitioners Sentenced for Their Faith In 2018
In 2018, the Chinese regime has sentenced 933 Chinese because practicing Falun Gong, a spiritual practice banned and severely persecuted by CCP since 1999.

Report From Tribunals At Gitmo By Chosen Citizen Journalist. Yes Three Journalsits have been Chosen to VIEW the tribunals. P-1 | Politics
For anyone that has seen David Zublick’s video reports on events taking place at GITMO you may have your doubt’s. According to the other two people chosen by the D.O.D. to view the Tribunals here is the report. It appears the Department of Defense...

Senate Panel Passes Rule Change to Speed Up Presidential Nominations
The Senate rules and administration committee passed a measure Wednesday that would speed up the confirmation process for presidential nominations. Fight the Establishment’s Narratives by Getting Clear On Your Own
(Caitlin Johnstone) Anti-establishment movements are a mess. Whether they’re left-wing or right-wing, whether they’re statist or anarchist, whether they’re organized or decentralized, whether they place emphasis on official or unofficial narratives, any circle of people who are interested in opposin… 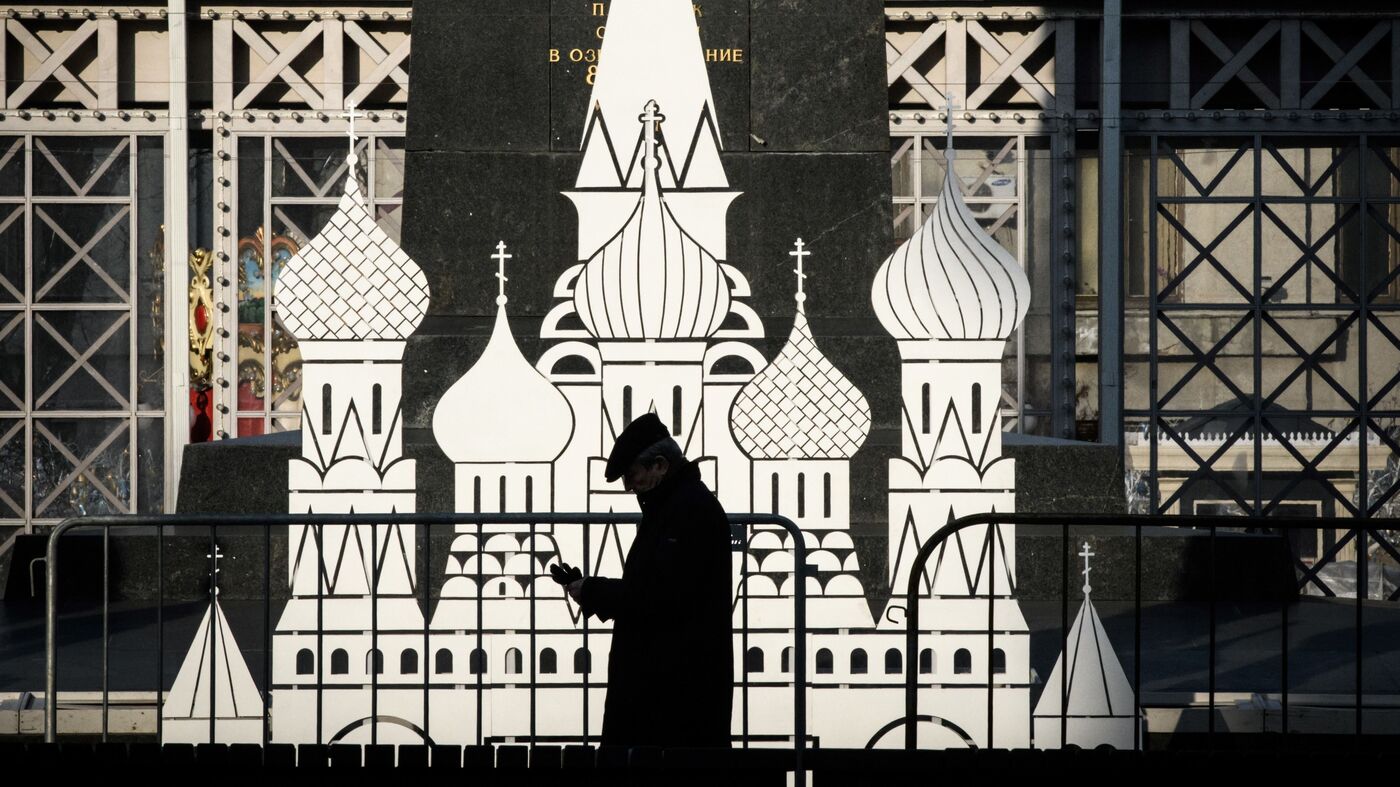 Russia Is Considering An Experiment To Disconnect From The Internet
Authorities recommended conducting the test so that the country can assess its cyberdefenses in case of aggression, Russian media report. 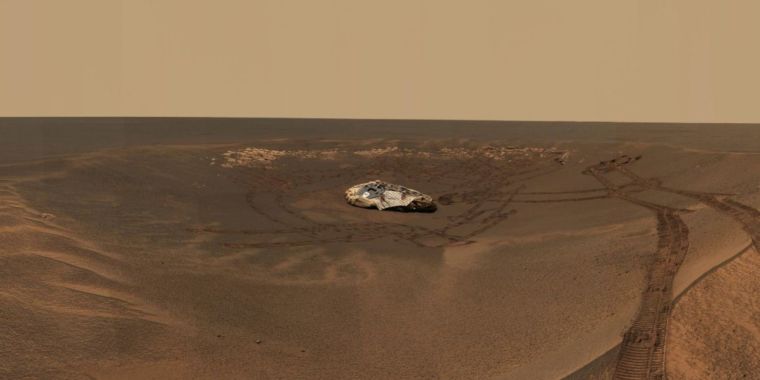 Opportunity Did Not Answer Nasa’s Final Call, And It’s Now Lost To Us
It roved a staggering 45.16 kilometers across the Red Planet. 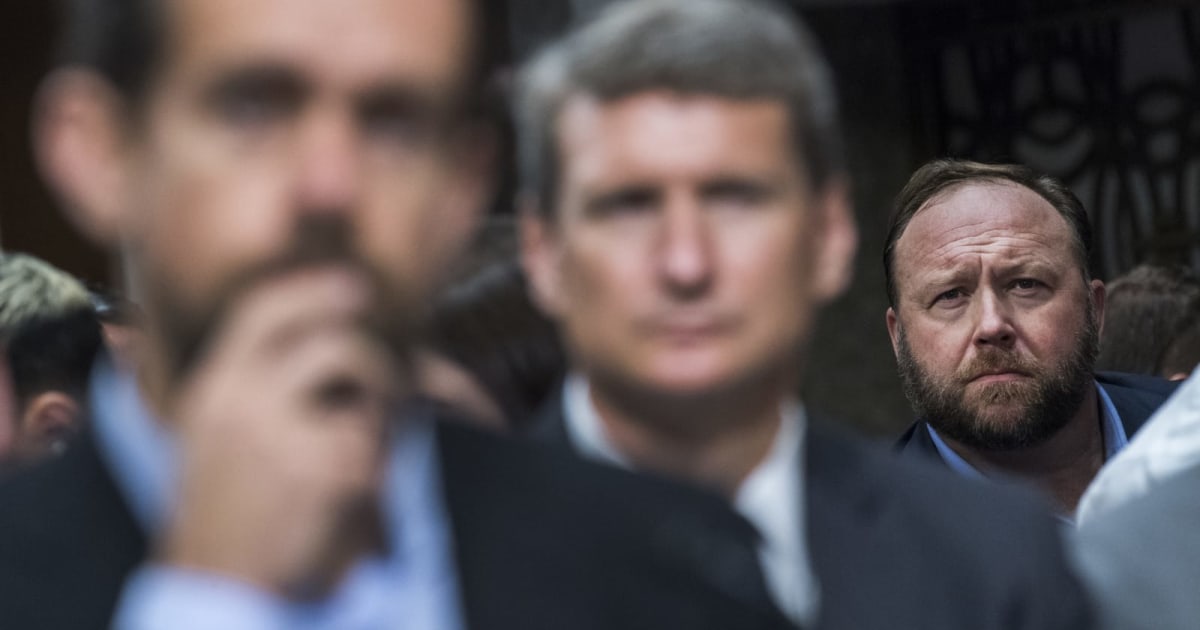 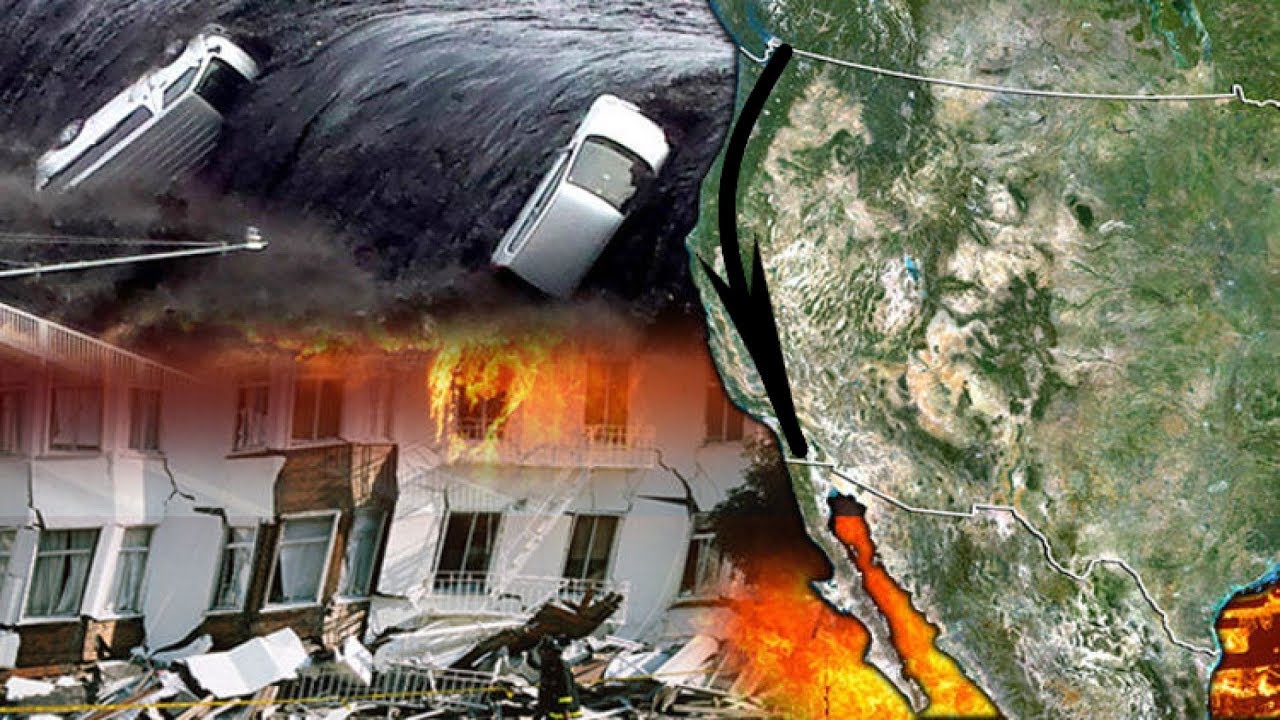 Deep State Predictions 2019: Major Data Dump with DAVID WILCOCK
In this exclusive interview with #DavidWilcock we will go over the inevitable fate of the #DeepState and what some insiders such as Kim Dotcom are saying about the 1000’s of seal indictments. Has the government started to already act on it?

DAVID WILCOCK: Military has Terminators for Alien Invasion?
Does the U.S. military have secret Terminator style Robo Raptors to use against a real life #alien invasion? On our part 2 of this exclusive interview with #DavidWilcock we will discuss what are these robots and how the military are using these.
*THE REMAINING CONTENT ON THIS REPORT IS FOR PAID SUBSCRIBERS ONLY, PLEASE SUBSCRIBE OR LOGIN*
Subscribe
Login