Great Awakening Team November 26, 2018
We need your help to bypass censorship! Please share with your family, friends, and followers.

With all of last week’s chatter predicting big things this week we’ve yet to see anything truly extraordinary.  However, we remain hopeful that large-scale events will take place leading to full disclosure and the eventual overthrow of the Cabal.   Plenty of action is taking place behind the scenes that we’re not aware of and the timing of everything is obviously out of our control.

The migrant caravan story wasn’t tracked after the election but now that they’re at the U.S.’s doorstep it’s taking center stage once again.  A good portion of the migrants that broke off towards California weeks ago have made their way to the San Ysidro port of entry where Tijuana meets the southernmost point of San Diego County.  The defense department has claimed that they’ll refrain from using guns but there are reports of tear gas being used in an effort to control the masses.

Russia and Ukraine’s seemingly endless feud and territorial battle over Crimea was refueled and witnessed under the global microscope when Ukranian and Russian vessels had a tense standoff on the Kerch Strait.  We’ll see how the rest of the world weighs on in this story as sides are chosen and lines are drawn.

It is now all but certain that Directed Energy Weapons or DEWs were used to start and fuel the never before seen ferocity of the California wildfires.  Please reference our links below for video evidence of this technology.  Our insider sources claim this was a last-ditch effort by the Cabal to raise hell.  The Alliance has since neutralized these weapons.

Republicans have subpoenaed James Comey and Loretta Lynch over the handling of the Clinton email case and to learn about potential ties between Trump and Russia.  Comey is asking for a public, televised hearing so he can avoid answering questions related to classified information.  He is unable to talk about classified information publicly but absolutely can in a closed-door hearing.

One report states Julian Assange is battling health issues in the Ecuadorian embassy in London and another report has him in Virginia under military protection and is set to testify before Congress as its star witness against the Cabal.  Find the full story in “Hot Topics” below.  More signs of an economic collapse arise as General Motors’ global restructuring plan includes laying off 14,000 workers.  In Global Weather, we’re tracking seismic activity as evidence is pointing towards a major west coast earthquake in the coming months.  In Health Watch we’re looking at how to stop antibiotic resistance, the benefits of carbon dioxide and how different emotions affect your health.  In True History, we’re looking at an ancient artifacts documentary, Sumerian tablets with a different story and how the Illuminati infiltrated religion, secret societies, and government.  In Hidden Truths we see the first plane with no moving parts, the Arecibo message, a new Alien megastructure, and evidence, from an old satellite, giving us more information as to what really lies beneath the ice of Antarctica.  In Spirituality, we share the first video of the animated series Spirit Science.  In Path of Awakening, we look into the world’s current transformation and wrap it all up with a Jared Rand meditation. 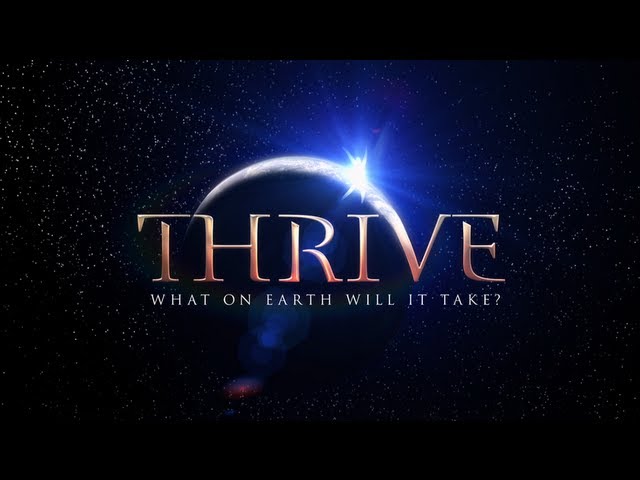 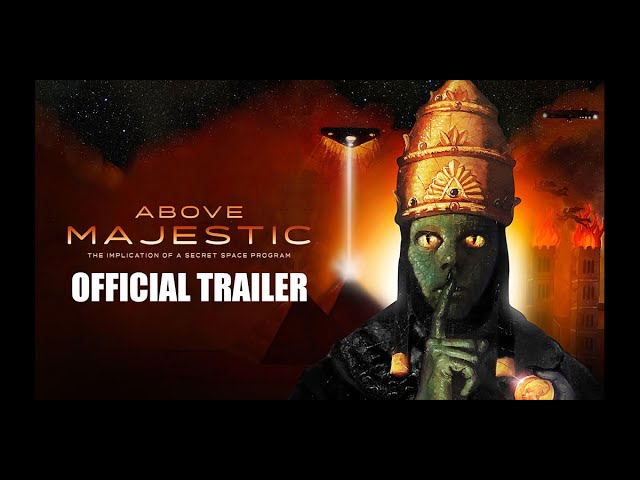 Above Majestic: Implications of a Secret Space Program - Official Trailer
On September 10th 2001 Secretary of Defense Donald Rumsfeld announced that $2.3 trillion dollars could not be accounted for within Department of Defense expenditures. The very next day the Pentagon’s budget analyst’s office was destroyed in the 9/11 attack. The mystery remains: Where are the missing trillions? 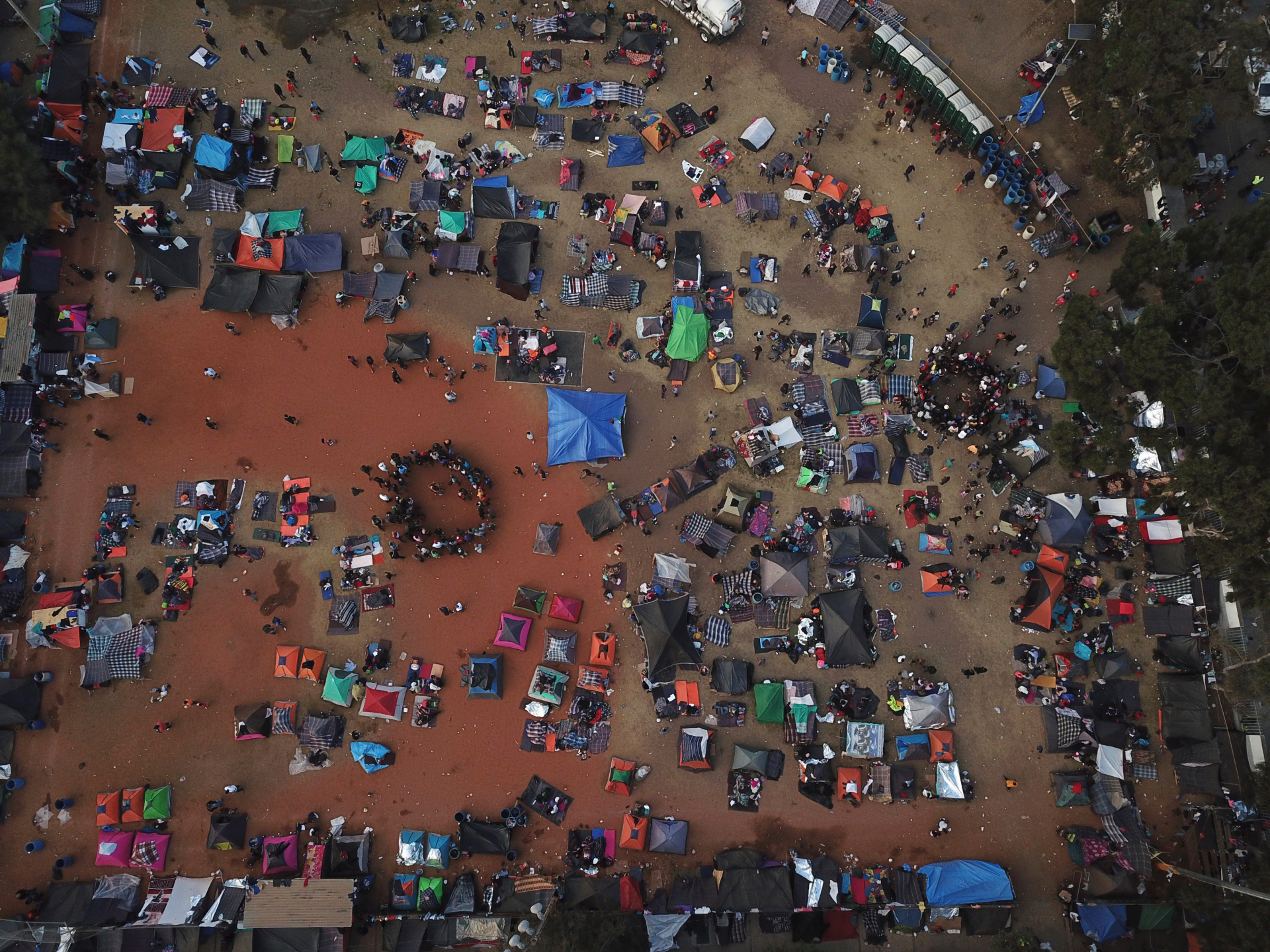 Tijuana Declares Humanitarian Crisis as a Migrant Group that Split from Caravan pushes Toward Border
The situation in Tijuana days after thousands of mostly Central American migrants traveling in a caravan streamed into the Mexican city has turned into a humanitarian crisis, the city’s mayor said Thursday as he pleaded for help. 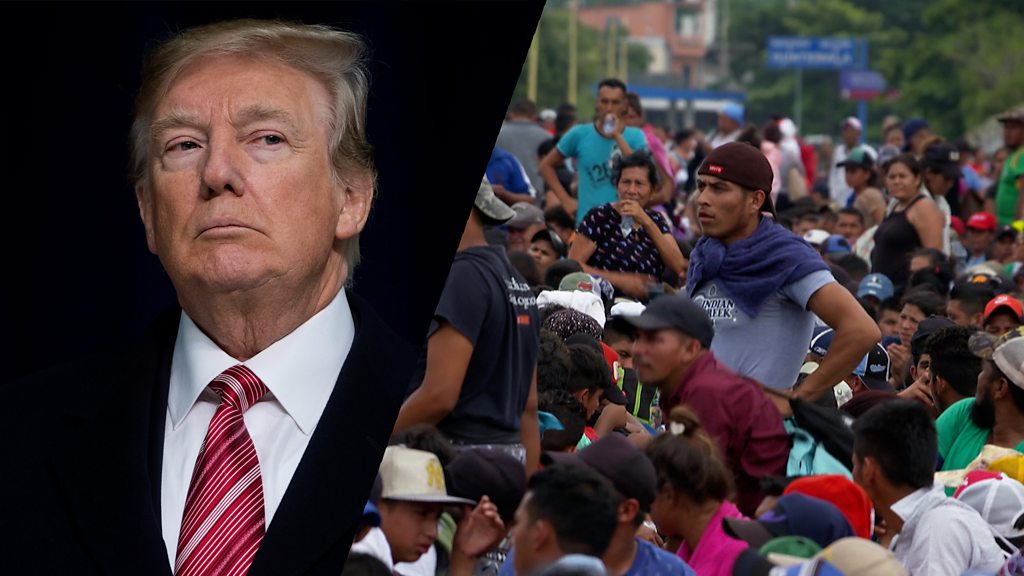 ‘No Arms’ for Troops at US-Mexico Border
Military officers will not have guns or be able to arrest migrants, the US defense secretary says. 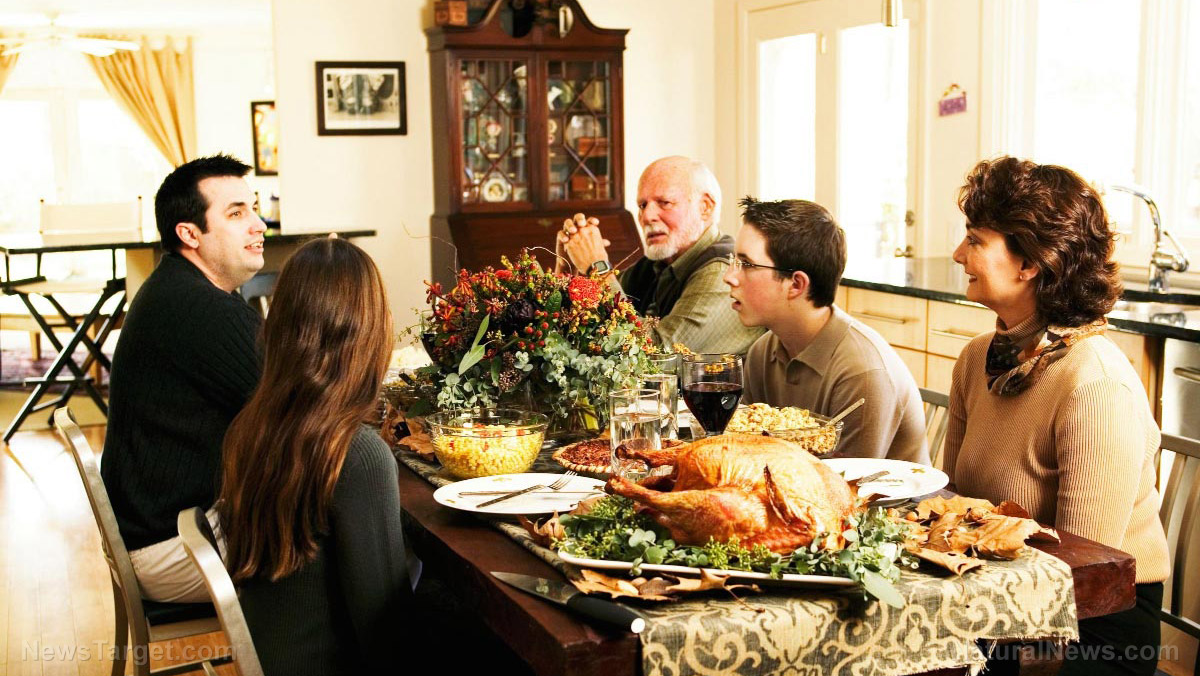 Five Inescapable Truths About the People You Might Encounter Over the Holidays
As you connect with family, friends and in-laws over the Holiday and weekend, keep these five things in mind... it might just save your sanity.
#1) You are living in a world that’s largely populated by NPCs
Most of the people you will encounter are NPCs -- Non-Player Characters 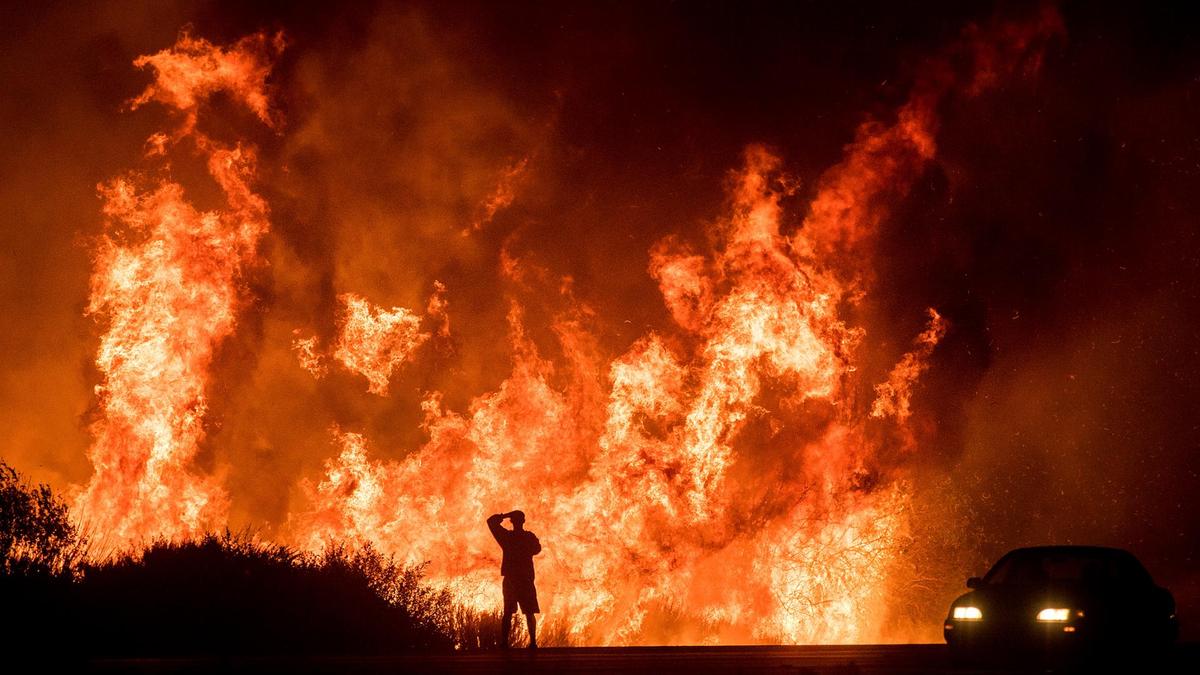 BEWARE: “The national conversation is about to be changed!”
“This powder keg in California is getting ready to blow. It’s gonna blow up right in the faces of the perps. It’s getting so hot in the CA kitchen that the globalist “chefs” themselves may get burned alive. Therefore, everything points to a HUGE terror event being executed to change the conversation. The talk — really, the truth — about the California fires is literally spreading like wildfire…across the planet

California - Ground is Literally Boiling
The napalm is aluminum nitrate and diesel fuel... It only burns for about 3 to 5 mins. I'm a former wildland firefighter/medic. California is a massive supervolcano. If we really wanted to save lives, we'd inform the people instead of pretending that these fires are the result of a different phenomenon.﻿

ALERT “The national conversation is about to be changed!”
The fire jumped from North to South before hitting Ventura or Simi Valley! And most people don’t know that a Nuclear dump site was burnt as well spreading that toxicity over the entire United States. Watch how average people are affected by this fallout worldwide 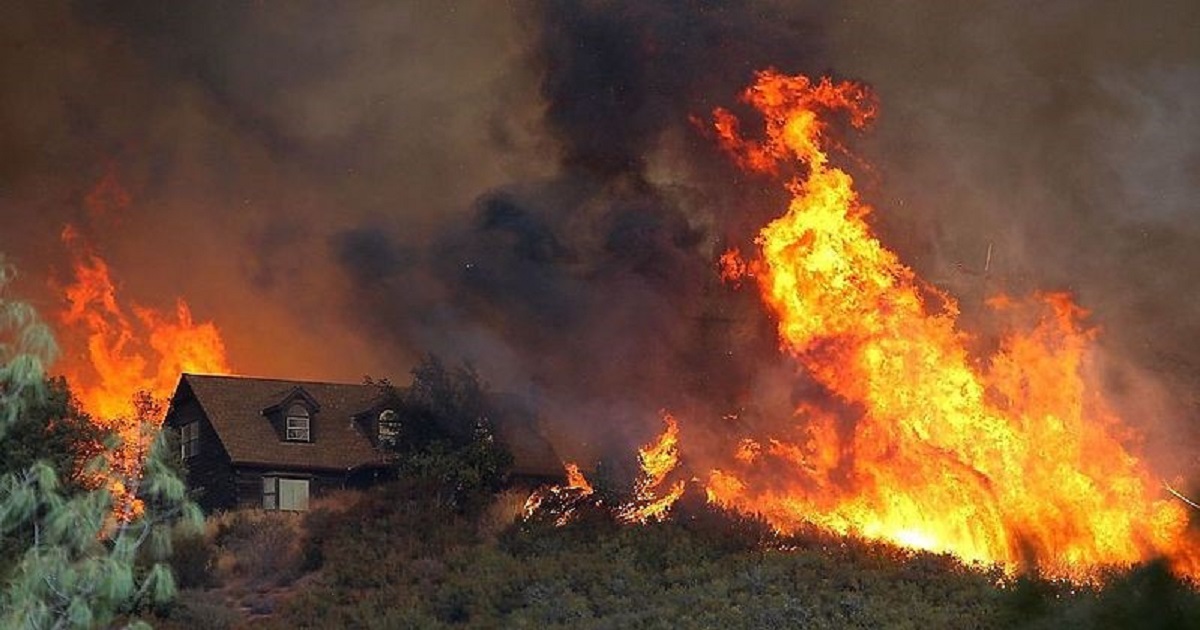 SMART Meters Being Used To Implode Buildings in California During Firestorms
Now we understand the extraordinary and relentless push to get SMART meters in every home and business in America. Even when the electrical grid goes down Smart meters are equipped with technology that provides a digital signature that can be identified by drones, airplanes and satellites from above. It also appears that these devices can be triggered to start a small isolated fire. Whether they can be used to start a whole house electrical fire is also a distinct possibility.

Dec 5 2018, It All Begins, Nothing Can Stop What Is Coming - Episode 1722b
Watch CA, people arrested for election fraud. Assange leaked indictment is nothing more than projection to counter what is coming. North Korea destroys lookout towers in the DMZ zone. Q drops more bread, tells us the plan is much larger than just arrests, it's about restoring the power to we the people. D5 is on its way, nothing will stop it. It all begins on Dec 5

Weekly News Wrap-Up & Thanksgiving Message from Greg Hunter 11.23.18
This Wrap-Up will talk about the upcoming problems on the U.S. southern border, the dark clouds I see coming for the markets and the banks. I also want to talk about what I think is the Democrat plan for President Obama’s third term. Oh, and the Clintons and their global charity fraud is not going away as Congress will hold hearings before it flips to Democrat control.

How the UK Government is Slowly Killing Julian Assange
He has been largely cut off from communicating with the outside world for the last seven months. His Ecuadorian citizenship, granted to him as an asylum seeker, is in the process of being revoked. His health is failing. He is being denied medical care. His efforts for legal redress have been crippled by the gag rules, including Ecuadorian orders that he cannot make public his conditions inside the embassy in fighting revocation of his Ecuadorian citizenship.

Weaponizing Frequencies: The Coming 5G Tidal Wave
Psychotronic millimeter wave weaponry is coming to a street near you, with the potential to unleash disease on a mass scale. Welcome to the ...
How to Pick the Perfect Christmas Tree
Fox News Segment on how to shop/look/find the perfect Christmas Tree
*THE REMAINING CONTENT ON THIS REPORT IS FOR PAID SUBSCRIBERS ONLY, PLEASE SUBSCRIBE OR LOGIN*
Subscribe
Login