(please give video some time to load)

Zeitgeist: Moving Forward focuses on the very fabric of the social order: Monetary-Market Economics. The majority of the world today have come to see basic flaws in the economic system we share. Large scale debt defaults, inflation, industrial pollution, resource depletion, rising cancer rates and other signposts have emerged to bring the concern into the realm of “public health”. The tendency is to demand reform in one area or another, avoiding the possibility that perhaps the entire system is intrinsically flawed at the foundational level.

Part One presents a treatment on “Human Nature”, with the argument that society is out of line with what Science has taught us about positive human development, enabling distortions of health and behaviour that could be thwarted if the social system was changed.

Part Two details the central inherent flaws of the Monetary-Market System of economic conduct and how this system is destroying ourselves and the planet in a very direct way.

Part Three begins a thought exercise where the Earth and Natural Law is considered a starting point for human decision-making rather than politics, with the subject explored from all sides. Part Four ends with a prediction of what is to come as the society becomes more destabilised due to our outdated traditional practices.

Watch the other Zeitgeist Movies: 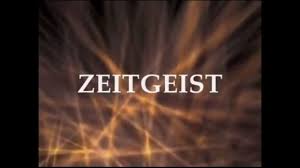 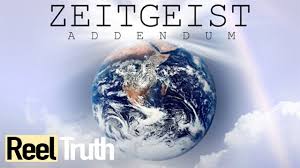 New UFO Film Questions What The US Government Is Hiding

The Answer | How They Pulled Off The ‘Pandemic’