Both public and private intelligence sources are reporting big changes are in progress for the first two weeks of January 2019. “The Plan” is to disclose the unsealing of key indictments, the arrest of high-level Obama Administration officials, and the beginning of Military Tribunals.  In addition, we’re awaiting the release of FISA redacted documents, and Huber’s investigation hearing on the Clinton Foundation.

It is almost impossible to comprehend the size and scope of the Deep State/Cabal/Illuminati and their infiltration within all US institutions and industries.  In the US alone, the estimated number of active members is believed to encompass more than three million people.  The estimation of the Global Deep State/Cabal/Illuminati minions is greater than 12 million individuals operating in over 200 plus global nation states, governments, institutions, and industries.  The US breakdown of the Deep State three million members is as follows; 35% of both Democrats and Republicans in both the Congress and Senate, at least two Supreme Court Justices, Senior Executive Services (SES – Deep State controlled) and over 8,000 US Government bureaucrats under the control of the Obama Administration who were given non-termination clauses in their employment contracts.

There has been some level of Deep State factions controlling both the US government and state institutions for countless years, and this is the primary reason/solution for the current government shutdown.  Three letter agencies CIA, FBI, DOJ, NSA, all have had Deep State factions working against the US Government and every American citizen’s interest.  The Trump Administration’s phase one of “The Plan” was to clean up these agencies at the executive levels.  Next is the unsealing of indictments against the bad actors in the US Military Industrial Complex which employs over 900,000 US citizens.  The Main Stream Media is a Deep State stronghold with estimates of 10,000 Cabal members working in all aspects of media.  Industry resignations and early retirements have run rampant in Big Pharma, Government Education, and the Food industries.  All global destruction and problems facing our planet could be easily resolved and restored with the release of the DOD’s 6,000 suppressed patents and advanced technologies.

2019 is a year for Global Revolutions as we witness the US Deep State battle The Alliance, France’s Yellow Jacket movement rise against Macron’s political government corruption, England’s Brexit referendum, and ongoing or brewing situations in Italy, Spain, Greece, Holland, Belgian, Turkey, Middle East, Brazil, and others. President Trump proclaims January 2019 as a month committed to abolishing Global Human Trafficking.  This is a key trigger event to exposing another side of evil corruption within the Deep State and unsealing of indictments.

Here are a few stories we’re tracking into the new year; Presidential Executive Orders and unsealing of 70,880 + sealed indictments, 2018 Holiday arrests of top Obama Administration bad actors, global sex trafficking arrests, crimes against humanity brought to light, the confiscating or freezing of $41 trillion in Deep State/Cabal assets, reduction in global wars as US troops withdraw from foreign conflicts with NATO, Syria, Iraq, Afghanistan, and more Middle East Nations.  All but one Navy aircraft carrier have returned to their US home ports as Military Tribunals are set to begin this month.  The GITMO ongoing construction and expansion is prepared to house over 30,000 inmates costing in excess of $400 million.

Meanwhile, the shutdown of the U.S. government, now entering its second week, is likely to lead to the declaration of martial law.  The unfolding scenario will see military intervention after unpaid prison guards and airport security walk off the job, while food stamp recipients start hunger riots.  The U.S. military is fully funded for the next year, so there is no need to worry about a mutiny by unpaid soldiers, by the way.

It is also possible that there will be a purge of high-level officials who are blocking the Global Currency Reset (GCR).  People like President Emmanuel Macron of France, Prime Minister Shinzo Abe of Japan, and Benjamin Netanyahu of Israel.  Macron is under siege by patriotic yellow vest protesters who are calling for revolution and the nationalization of the Bank of France.  Abe is under attack for selling Japan’s water resources to criminal corporations while Netanyahu is facing indictment for multiple crimes.

The war was said to have gone “Hot” based on the Deep State’s defiance to surrender or stand down.  All sources are reporting limited news updates based on active operations currently underway.

Disclaimer: The information provided in this Intelligence Alert comes from a number of different sources and insiders. Although we try our best to present reliable facts, certain information including all dates, may not be fully accurate.

QANON / The Plan / Coming Events / Past Proves Future
Q post outlining the Plan, and what to watch for in the coming weeks' disclosures

How Do You Know The Plan Is Working, Panic Pushes Fear - Episode 1758a
The elite around the world are beginning to use fear to push their agenda. If you don't accept our deal bad things will happen. If you don't accept the BREXIT deal we will enter the unknown. The economy is continuing to decline, the housing market in the US and around the world is losing steam. The MSM is now pushing their fear plan to shift the narrative. Q has warned of this happening, and the CB, DS still think they are in control and Powell is working for them.

RIVETING! Deep State Neutered: The War Was Over Before It Began! Victory Is Near! WWG1WGA
POTUS, a Strategic Genius, now holds all the cards. But as this video explains, he is also the Master of Timing. Trump knows that a Wise General does not enter into Battle with the Enemy until he knows the War is already won. It's normal to be anxious about President Trump’s decision to hold back the evidence revealing Obama & Clinton’s illegal attempt to steal the 2016 Presidential election. It is, after all, the greatest scandal and crime in American history.

RV/Intelligence Alert: “House of Cards” -- January 1, 2019
People who are faint of heart, turn away NOW. This website contains top secret and classified information. See people exposed to fraud and crimes.

Benjamin Fulford: If We All Push, 2019 Will See Final Victory Against the Khazarian Mafia / Global Deep State / International Cabal
Many signs indicate that 2019 will be a breakthrough year in the battle against the satan-worshiping Khazarian mafia. Not only have mass arrests begun, but the mass-murdering part of the pharmacidical/medical establishment is finally being taken out as well. Another obvious sign it is no longer bu…

X22 Report / The 1st Alarm Bell, This Will Kick Off Everything - Episode 1754b
The same company that warned about Russia bots created them. The IRS has three thousand handguns. The government shutdown continues and Trump is tweeting like crazy why we need the wall. Obama is building a ten-foot wall around his house and Kerry wants a wall around his French estate. Trump tweets out about Syria. Putin writes a letter to Trump that they should work together. Place holders at the ready, players are being moved around, when the first alarm bell rings it will kickoff everything.

CLINTONS IN THE CROSSHAIRS! Message Delivered, Shots Fired! Trust The Plan!
Some (under-informed) people are now saying that because Huber did not appear and has not interacted much with these investigators, it is ‘obvious’ that DOJ Attorney John Huber and OIG Horowitz are now #DeepState agents, engaged in a massive ‘slow walk, do nothing’ cover-up, right under POTUS Trump’s nose. These same doom-mongers are also suggesting that OIG Horowitz is involved in a cover-up with Robert Mueller to destroy and cover up the incriminating Page/Strzok texts, apparently scrubbed from their phones.

X22 Report / The Central Banks Exposed, Growth Slowing, Global Economic Disaster - Episode 1755a
Sears is closing 80 more stores in March. Manufacturing has declined. Trump tweeted that the gas prices are low, Trump is using all the tricks the DS and the CB have used in the past. He lowered the gas prices to keep the economy moving along while he prepares for the transition. The central bankers have warned us about the global slow down, they are pointing the finger at Trump trying to blame him, but World Bank explains why we are seeing a global slowdown and it has do with debt. Trump and Q have told us that gold will bring down the Fed.

USA Watchdog / Greg Hunter / Dave Janda – Hammer of Justice Falls in 2019
Host of the popular radio show “Operation Freedom” Dr. Dave Janda warns about the massive debt problems the world is facing and the coming economic reset. Dr. Janda says Trump is correct when he says, “The real problem is the Fed and not China.” Janda says the Deep State “rigged the economy to implode” with massive amounts of debt. Dr. Janda says, “Trump has been buying time” to put the American people in the best position possible when it all comes down. Dr. Janda says the economic system is “vapor” and contends, “This is all part of the war we are in right now.” 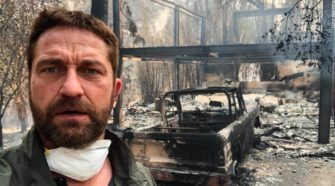 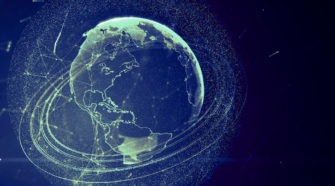 THE WORLD IS ABOUT TO CHANGE Postponed Congressional Hearings, FISA Release Stalled, CA Fires Under Investigation, Caravan/Border War, and Financial Crisis Looms  Greetings and Happy Holiday Season to all of our readers and subscribers, and thank you for supporting The Great Awakening Report.  Our reporting over the past few weeks has leaned towards reporting the …